Gender stereotyping is when simple generalisations are made about the attributes and/or behaviour of women and men. These are often based on preconceived ideas about the role of women and men in society, making assumptions about their capabilities and behaviours.

A Careers Scotland survey in 2004 found that by the time young people reached S3, girls and boys had fixed ideas about gender roles, such as ‘women are better at caring and talking to people’ and ‘men are stronger’. Girls in the study were also likely to express strong preferences in relation to not working in sectors traditionally associated with men, for example, engineering. Unfortunately these attitudes remain prevalent, with the Girlguiding 2015 Girls' Attitudes survey showing that only 15% of younger girls aged 7-10 chose being an engineer, architect, scientist or lawyer as their future career.

We designed the Be What You Want campaign around the need to support young people to make decisions that were right for them and not based on gender stereotypes. You can learn more about gender stereotyping, and find activities to facilitate discussion of this issue in the classroom or in careers advice sessions, in our Teacher’s Resource and soon to be published CPD Resource. 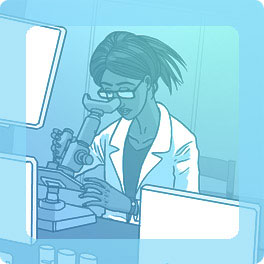