What is occupational segregation?

Occupational segregation is one of the main causes of the gender pay gap.

There are a number of factors which cause occupational segregation. Gender stereotyping starts from the day you are born, shaping the development of children's ideas about what girls and boys should be. Children and young people are also influenced by the adults in their lives, and what those adults do in the home and as a job forms another aspect of the messaging which tells children and young people about women and men's roles. Toys and play are also organised along rigid gender lines, with 'boys' toys' representing a wide range of active and exciting options including diggers, action heroes and construction sets; while girls' options remain focused around caring roles and 'beauty'.

All of this combines to form restrictive ideas about gender roles, which become established from an early age. These rigid ideas limit children and young people's own expectations about what they should and shouldn't be, and set them on a path to stereotypical subject, training and career choices, which leads to segregation in the labour market.

There are two types of occupational segregation: vertical segregation, commonly known as the ‘glass ceiling’, where women and men do different levels of work, with men dominating at senior levels, and women concentrated in low skill, low paid work; and, horizontal segregation, where women and men do different types of work. Jobs seen as ‘women’s work’, such as catering and cleaning, are generally lower paid, and are often viewed as having lower status. Men who work in these occupations will also see their pay constrained because of the undervaluing associated with the work.

Recent research from Close the Gap, presented in its report Gender Equality Pays, revealed that tackling this labour market inequality could add £17bn to the Scottish economy. Occupational segregation is a key contributing factor because it reduces the pool of skills and talent available to employers. Stereotypical assumptions about women and men's capabilities and preferences lead employers to exclude huge sections of their potential employees from consideration for certain jobs; therefore they aren't selecting candidates from the widest possible selection of people. Lots of women are working below their skill and talent level because of this, and because of a lack of genuinely quality part-time and flexible work which would help them to balance their job with caring responsibilities.

Addressing the causes of occupational segregation will help all of our young people to fulfil their potential, and will therefore help the economy to grow and lead to a brighter future for Scotland.

Horizontal segregation is particularly evident in the under-representation of girls and young women studying STEM subjects. At the same time these sectors of the economy tend to be valued more and have a greater number of highly skilled jobs. Limiting women’s participation in STEM occupations contributes to occupational segregation, which impacts on women’s pay and progression and limits the skills available to employers.

Gender stereotyping is a key cause of occupational segregation, as it limits the choices and aspirations of our young people, and sees them clustered into subjects typically associated with their gender. Evidence suggests that gender stereotyping influences girls and boys conceptualisation of work and careers, and that these attitudes become fixed at an early age. The Be What You Want campaign was designed around the need to support young people to make decisions that were right for them and not based on gender stereotypes. 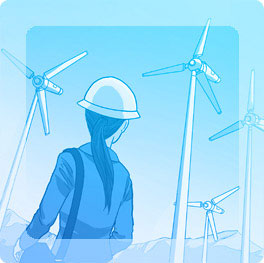