The job uses a mixture of both sets of careers I have. I started off my working life as an Architectural designer and latterly became a Graphics and Technology (woodwork and metalwork, resistant materials, product design) Teacher. This job actually needed someone with both an industry and a teaching background.

I was attracted to it because it used my knowledge from both industry and teaching.

I wasn’t really encouraged or discouraged when I chose to become an Architectural Designer. I just decided that was what I wanted to do and did it.

There are no barriers that I can actually prove. One employer when interviewing me straight out of school commented that I was the first female he had interviewed whose Physics results were higher than my English results and I consequently got that job.

Have you had to make any compromises to do so?

I made sure employers did not know I had a family unless I was specifically asked.

I just enjoyed doing them and was told they were the sorts of subjects I needed to do.

Not to be put off by stereotypes and to go for what you want or are good at. Don’t let anybody tell you that you have to act like a man to get the jobs or that you’ll end up being manlier because you do that job. Most employers do like to have a balance in the workplace. Also don’t go with the thought that you have to work harder than a man to prove yourself your qualifications and manner will speak for them.

These jobs are probably seen as being harder to fit in a career and a family. Unless you are fully focussed on your career you won’t get anywhere, so I think other jobs are chosen so they can have both.

Both careers I have chosen are still male dominated though it’s not as bad as some e.g. engineering but most people realise you all have the same qualifications and are just as capable of doing the job. 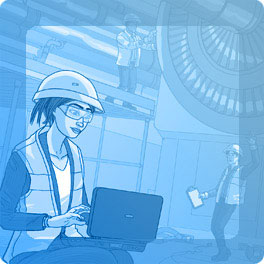