No Small Change required in education

This week saw the report of the Scottish Parliament Economy, Jobs and Fair Work Committee inquiry into the gender pay gap. The report No Small Change: The economic potential of closing the pay gap makes 45 recommendations, to Scottish Government, its agencies, and employers, that aim to tackle women’s inequality at work.

There has been a bit of a Twitterstorm in the past day or so over Gap’s advert for its latest kids’ clothes depicting, as is customary, the boys’ styles and the girls’ styles in ‘artfully’ juxtaposed images. Nothing controversial there, but when the boys are framed as ‘little scholars’, while the girls are presented as ‘social butterflies’, it’s time to challenge this as throwback sexist nonsense.

Last week saw the SMART STEMs debut event hosted by Caledonian University which was attended by 500 young women aged between 11 and 18. The day included a mix of inspiring female speakers as well as practical breakout sessions which allowed participants to interact with technology.

This month saw the publication of the final report from the Wood Commission, Developing Scotland’s Young Workforce. The core message of the report is to better exploit the relationship between schools, colleges, business and industry to mitigate any mismatch between the supply and demand of skills, and deliver a system which supports young people to make better informed choices about their future.

Since the launch of its Be What You Want campaign in 2011, Close the Gap has visited a number of primary and secondary schools in Scotland to deliver sessions on the gender pay gap. Sessions were based on the activities we developed as part of the campaign, which aims to give pupils an understanding of the gender pay gap and its causes. 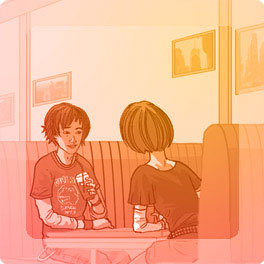