There has been a bit of a Twitterstorm in the past day or so over Gap’s advert for its latest kids’ clothes depicting, as is customary, the boys’ styles and the girls’ styles in ‘artfully’ juxtaposed images. Nothing controversial there, but when the boys are framed as ‘little scholars’, while the girls are presented as ‘social butterflies’, it’s time to challenge this as throwback sexist nonsense.

We live in a world where girls and boys are expected to occupy two entirely separate spheres; the girls’ sphere is pretty, pink and passive, while the boys’ is active, varied and exciting. We ignore the fact that there are far more differences among groups of girls and boys than there are between them, instead teaching them that they are almost two different species. And because of the sexism still endemic in society this separation comes with a hierarchy of value, in which gender is often used as an insult, the refrain “you’re such a girl” common in playgrounds everywhere.

The rigid codes of pink and blue permeate all parts of children’s lives. The unnecessary gendering of toys is a particular focus for campaigns like Pink Stinks and Let Toys Be Toys, which highlight the way this limits children’s potential, narrowing the scope of their imaginations from an early age. While ‘boys’ toys’ showcase a huge range of options, from building sets to science kits to *all* the sports, girls’ selection is distinctly more limited, with most options subtly (or overtly) encouraging the privileging of image and beauty over all other qualities.

But, the fact is, Gap’s framing of boys as ‘scholars’ and girls as ‘the talk of the playground’ doesn’t bear out. Girls outperform boys at all stages and in all areas of education, indeed there has been increasing focus on boys’ under-attainment and what can be done to address it. Recent work in Sweden has identified a possible link between boys’ low attainment levels and girls’ feelings of stress and insecurity at school; noting that boys seek status by ‘acting out’ and engaging in physical and verbal ‘rough play’, which in turn makes the girls feel uncomfortable and insecure, should they be singled out as a target.

Despite girls’ high educational attainment, they are failing to see improved outcomes in the labour market, with the gender pay gap and glass ceiling still holding women back. A recent study showed female graduates earn less than males - even if they studied the same subject and had the same degree class. Work must be done to improve boys’ achievement levels, but it must be matched by work to tackle gender inequality in employment, or we will continue to see the same patterns, with women clustered into lower paid work, often far below their skill level. 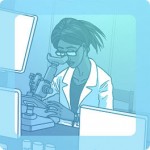 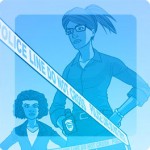 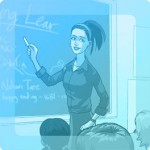 Our own campaign Be What You Want highlights the link between this limiting of children and young people’s worlds, these stereotypical assumptions about their capabilities and preferences, and the wider gender inequality we see in society. We hope that tackling gender segregation in subject choice will lead to reduced occupational segregation in the labour market. We work with schools to support young people to make more informed choices about which subjects they want to study; choices which are based on what they enjoy and are good at, and not based on gender stereotypes. We offer free resources and can deliver classroom sessions to talk about gender stereotyping and occupational segregation, and how young people can keep their options open by challenging it.

If you’d like us to come to your school, get in touch here, or you can access our free resources here. 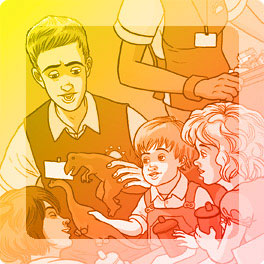