This month saw the publication of the final report from the Wood Commission, Developing Scotland’s Young Workforce. The core message of the report is to better exploit the relationship between schools, colleges, business and industry to mitigate any mismatch between the supply and demand of skills, and deliver a system which supports young people to make better informed choices about their future.

Currently, youth unemployment in Scotland is 18 per cent, double the average working age population. Young men are more likely to be unemployed than young women, but if we consider economic inactivity, a higher percentage of young women are economically inactive compared to men. 88 per cent of those who are unable to work due to caring for family are young women, compared to 12 percent of young men.

Amidst the backdrop of high unemployment and economic inactivity, there is the perennial issue of occupational segregation in the labour market. The stereotyping of women and men’s capabilities leads to the undervaluing of certain occupations, which are broadly recognised as ‘women’s work.’ Men are over-represented in engineering, construction and IT and women are over-represented in administration, health and social care sectors, all of which is evidenced in the Commission’s report.

Furthermore, the concentration of part-time working in lower paid, female-dominated sectors (43% of women in the labour market work part-time) and the lack of flexible working limits women’s employment opportunities. The ‘sticky floor’ and ‘glass ceiling’ effect causes women to be clustered into a few occupational sectors, and are missing from senior roles within organisations and businesses. Occupational segregation is one of the main causes of the gender pay gap, and part-time working has a long-term scarring effect on women’s wages.

The report is promising in its analysis of education, training and the wider labour market from a gender perspective recognising the impact gender stereotyping and occupational segregation has on limiting young women’s labour market participation, and subsequently economic growth.

Rather than mainstream a gender analysis throughout the report, the Commission has opted to address gender equality within a separate section of the report, albeit a substantial one. There are four recommendations explicitly focusing on gender with an additional cross-cutting recommendation on embedding equalities education across the Curriculum for Excellence (CfE):

Occupational segregation is partly a symptom of girls’ and boys’ early exposure to gender stereotyping impacting on the subject choices they make in pre-school and school education. It is encouraging to see the report highlighting the importance of early intervention to tackle gender stereotyping.

The report calls on schools to monitor the gender balance of subject choices, as part of broad recommendation calling for equalities to be embedded across the CfE. Schools are being encouraged to develop specific measures to counter gender stereotyping and to support this work the report recommends that equality training forms part of initial training for nursery workers, teachers and career advisors, and is offered as part of existing Continuing Professional Development (CPD) opportunities.

There is also a focus on establishing a senior phase post-school vocational pathway which would aim to strengthen the case for vocational training as viable alternative to the academic route, and ensure those 50 per cent of school leavers who don’t go to university, can positively transition from school into college, work or work-based training. The Commission envisages the Regional Invest in Youth Groups as a mechanism to showcase the business benefits of gender equality in the workplace to employers.

The Commission also calls on the Scottish Funding Council to develop an action plan to tackle gender segregation within the college education system. Colleges are also encouraged to engage with schools to support early interventions to tackle gender stereotyping, which lead to positive outcomes for young women and men.

Gendered segregation within the MA programme in Scotland has been the focus of debate and analysis for over 10 years. It is evident the MA programme has particularly failed young women by reinforcing gender occupational segregation and channelling women into Level Two frameworks resulting in lower paid employment opportunities. As the report highlights, Level Three frameworks are more likely to deliver positive outcomes for young people and tend to be concentrated in construction, engineering and other related STEM areas, they take longer to complete and are regarded ‘more highly by employers and command a higher wage premium on completion’.

The report makes an explicit connection between post-school vocational pathway and tackling gender segregation in Modern Apprenticeship Frameworks, and calls on key stakeholders to take significant action. This includes a call for Skills Development Scotland to develop an action plan to tackle the chronic gender segregation in Modern Apprenticeships, which should include ‘realistic stretching improvement targets’ for the most heavily gender segregated frameworks. It is essential therefore those targets focus on attracting women into Level Three Frameworks, such as engineering.

The Commission also wants to see partnerships between schools, training providers, colleges, employers and equalities bodies to help develop support networks for young people in the most heavily segregated MAs. However, this must also include a commitment to provide support to young women with caring responsibilities or those furthest from the labour market to be able to engage with MA opportunities. This should include subsidised childcare and flexible working opportunities. Unless these barriers to participation are addressed then the vast majority of unemployed and economically inactive young women will continue to miss out.

If these recommendations were fully realised, are they likely to result in better outcomes for young women and men? Or perhaps there needs to be more radical changes to the funding, delivery and design of the MA programme to enable stakeholders to improve the outcomes for young women. For example, strategies to support young women into training and employment must be flexible to accommodate women’s caring responsibilities, and might include direct support for childcare.

The Wood Commission’s report is a welcome step in the right direction, but the mainstreaming of gender specific recommendations across the education, skills and training pipeline will require a concerted effort from skills bodies, funders and, crucially, employers. 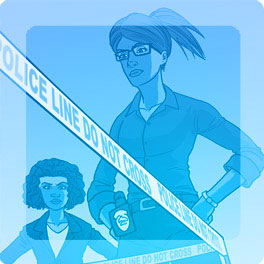